The Birelart South Africa official team have made the move to Rok Cup and are ready to show the competition a thing or two at the first round of the Northern Regions championship, taking place at Zwartkops Raceway on Saturday (22 February).

Matteo Mason will head the charge in Kid Rok and is feeling confident following some impressive results at a regional event at iDube a few weeks ago.

Caleb Odendaal is back in red and will representing Birelart in the highly competitive Mini Rok class. The multiple Eastern Cape Champion will definitely be a driver to watch.

The team are thrilled to welcome Joseph Oelz back, following his 2019 injury. Joseph raced in a Cape Town regional last weekend and claimed a podium finish in one of the heats. Joseph will be racing in OKJ.

After a short sabbatical from karting, Anthony Pretorious will be making a return to the sport on Saturday, competing in the often rough and tumble OKJ class. He may catch a few regular competitors off guard this weekend.

KZN champ, Dhivyen Naidoo, will round out the team’s exceptionally strong OKJ entry. It will be Dhivyen’s first race in the bigger OKJ kart, after moving up from Mini Max.

In addition to the stellar OKJ entry, Birelart are bringing some “big hitters” to KZ2.

Leading the impressive trio will be multiple SA Champion Bradley Liebenberg. Despite his numerous main circuit accolades, Brad has a score to settle on the karting track. He will also be assisting the technical team.

Shrien Naidoo will be making a big jump from Senior Max to the KZ2 shifter class. It may take him a race or two to find his feet, but he is in good company and will have a solid mentor in Brad.

Although he has been racing a Birelart chassis for a few seasons, Jamie Smith will now run as part of the official team. Jamie will be moving from DD2 and his progress will be watched with keen interest.

All the race action will be streamed live on the Rok Cup SA Facebook page, so there are no excuses to miss the action as the Birelart South Africa official team embark on this new challenge. 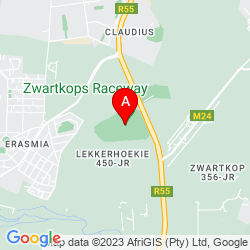